World of the Food industry and GMO's

People today dont have an idea on what they are putting into their plates. From farmers, to producers to vendors and merchants, they want to sell and feed the whole world. We the people buy food, cook it and prepare platters but some of the people out there don't have the idea in what the conditions of where the food comes from. These foods differ from enviroment and the way they are grown. So what exactly are you eating and putting on your plate? Thats the essential question. Better yet, what is in your food?

What is the food industry?

The Food Industry is The industry concerned with processing, preparing, preserving, distributing, and serving of foods and beverages.
The Food Industry escalates to bigger problems in our society that affects us today and creates escalations as to the other problems we have because of how industrialized our food is.
The spiraling comes down to this:

Genetically modified organisms are microorganisms, plants, and animals that have their genes modified. They are modified for scientific research and to increase food supply. Modifications include: adding antibacterial genes to plants, introducing genes that make the organism bigger or hardier, making new foods by adding genes from existing foods, and adding animals genes to plants and vice versa. Now there is a bigger loop to this. New technology can have consequences. There’s plenty of reason to keep an eye on the company making these advances. The excuse of using GMO’s to feed millions of starved people is a huge deception. Why? because today we (the rich countries who survive and thrive) have a huge food supply and whatever we don’t use, it goes to waste. Countries that actually need the food are being ridiculed. Take monsanto for example, they say that they are a company that is trying to help the farmers around the world to help better the growth of crops but at what cost? Monsanto is pretending to care for the well being of farmers, when in reality they are suing the farmers and trapping them into debt. When Monsanto also pretends to use GMO’s to feed the whole world but is yet failing to control of pest and weeds and emerge into superweeds and pests.More here 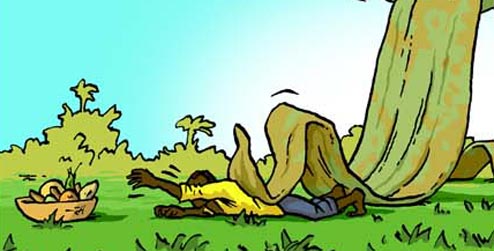 How would people really feel if they knew where the chicken they bought from the super market, or the cheeseburger they ate at the diner really came from. The majority of people today do not know how the meat they buy, cook or eat is really from. To begin with, a concentrated animal feeding operation is wide-scale industrial agricultural facility that raises animals, usually at a high-density, for the consumption of meat, eggs, or milk. The meat is usually poultry, pork and beef. The horror begins with the growth of where animal comes from. The animals are in a small confined space surrounded with their own feces. Not a breath of fresh air because most meat farms were bought by big companies like Tyson, Smithfield, Perdue, etc. raise their animals in a small confined areas where they are more cheaper but much more dirtier.